Inside the Botanical Garden Building in Balboa Park.

Originally built for the Panama-California Exposition in 1915, the Botanical Building is one of the largest wood lath structures in the world.

By the 1890’s, under the auspices of Kate Sessions, “The Mother of Balboa Park,” the park transformed from a unmanaged space of land into a lush landscape of popular plants including bird of paradise, queen palms and poinsettias.

The 1915-16 Panama-California Exposition held in Balboa Park marked the opening of the Panama Canal and sparked the design of the Park as it appears today. Most of the arts organizations along Balboa Park's famous El Prado pedestrian walkway are housed in Spanish-Renaissance style buildings constructed for the 1915 Exposition.

It introduced the beautiful ornamental architectural style to the United States. 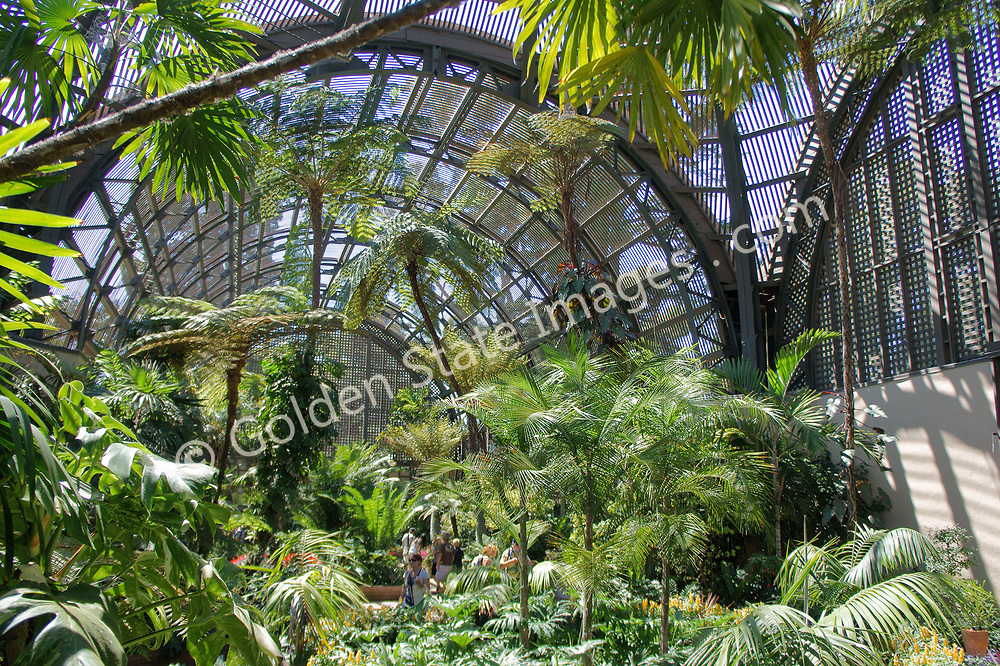